Why are the UK and US still downplaying the genocide of the Tutsi in Rwanda? 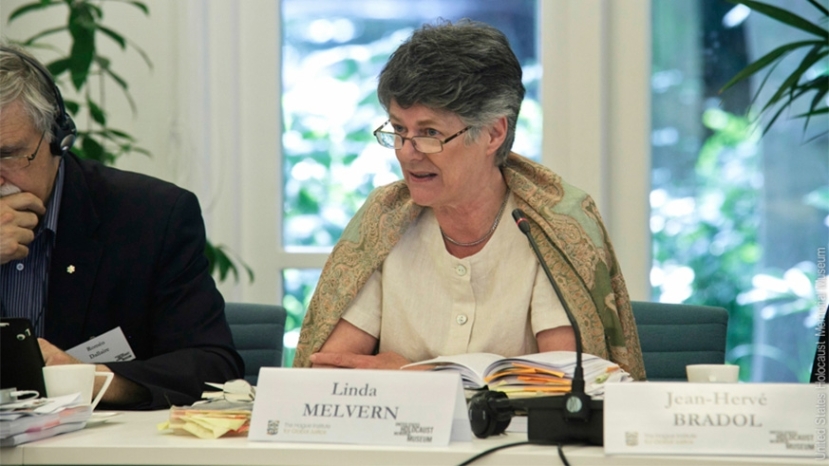 The Guardian  July 7, 2020. As the bodies piled up in the streets of Rwanda 26 years ago, no amount of spin could disguise the crime. There were no sealed camps; the massacres were in broad daylight. Yet in the UN security council, the UK and US governments avoided the question of mass killing and saw only a civil war.

This bolstered arguments that nothing – they thought – could be done. It was scandalous, the Czech Republic’s ambassador Karel Kovanda told them, not to recognize that a genocide reminiscent of the Nazi Holocaust was underway. Kovanda remembers a friendly arm taking him aside as UK diplomats told him such inflammatory language outside the council would be “unhelpful”.

At the end of April 1994, with the death toll estimated at 200,000 people, the US insisted the UN’s mission in Rwanda be withdrawn, while the UK suggested a token force could remain. Their focus was on former Yugoslavia, where UN troops were recently reinforced and where more peacekeepers served than in the rest of the world. The force commander of the UN mission for Rwanda, lieutenant-general Roméo Dallaire, concluded that by their selfish actions in the council, the UK and US had aided and abetted genocide.

That the genocide of the Tutsi proceeded unhindered, accompanied by near-universal indifference, is a scandal largely ignored. But it is worth recalling today because, all these years later, the US and UK are again at odds over the word genocide and this time with the membership of the general assembly.

In a resolution (74/273), adopted by consensus in the general assembly on 20 April, the wording to enshrine an international day to commemorate the victims of the 1994 genocide of the Tutsi was changed. The International Day of Reflection on the 1994 Rwandan Genocide became more specific, and 7 April became a day to commemorate the genocide “against the Tutsi” in Rwanda.

Afterwards, the UK and US expressed reservations in letters to the president of the general assembly. The phrase “genocide against the Tutsi”, the US ambassador Kelly Craft complained, failed to capture “the magnitude” of the violence against “other groups” and left “an incomplete picture of this dark part of history”. She wrote: “Many Hutu and others were also killed during the genocide, including those murdered for their opposition to the atrocities that were being committed.”

A letter from the UK chargé d’affaires, Jonathan Allen, objected to the “framing of the genocide purely as the 1994 genocide against the Tutsi”, seemingly hinting at two genocides. One sentence avoided the word genocide: “The UK remembers the tragic events in April 1994 and is firmly committed to ensuring that such atrocities never happen again.”

An angry response from the Rwandan ambassador to the UN, Valentine Rugwabiza, accused them of distorting historical facts. While both pointed to other victims, these people were not killed in a genocide. Only one group was the target of extermination. This was the case when past genocides in history were commemorated.

The UN had officially recognized the 1994 genocide of the Tutsi, she reminded them, and the council had established the International Criminal Tribunal for Rwanda (ICTR) to prosecute those responsible. The tribunal’s appeals chamber had affirmed that genocide committed against the Tutsi was “beyond any dispute and not requiring any proof”.

As the Rwandan ambassador predicted, and unusually for internal UN correspondence, there was interest in the UK and US letters from outside the secretariat. They circulated among genocide deniers, their supporters and acolytes, who claimed misgivings clearly existed at the highest levels, throwing into doubt the “official narrative”. The Hutu Power movement had for years tried to prove moral equivalence – that all sides were guilty in a bloody civil war, and the killing of Tutsi resulted from a spontaneous uprising of angry Hutu.

In their trials at the ICTR, the perpetrators had claimed the second genocide of Hutu happened and was the subject of an international cover-up. One of the oldest claims in the Hutu Power disinformation handbook, it was dismissed by Human Rights Watch in 1994 as a smokescreen to distract foreign attention from the genocide of the Tutsi. Today, the Hutu Power movement still tries to prove that each “side” was as murderous as the other and that the Rwandan Patriotic Front (RPF) had slaughtered “hundreds of thousands of Hutu”.

No doubts exist that there were thousands of Hutu deaths. At the outset, Hutu Power eliminated the political opposition, killing all those against their racist anti-Tutsi ideology. Hutu were killed in the civil war and no one ever denied retributive killings by soldiers of Paul Kagame’s RPF who defeated the army of the genocidal Hutu Power government. Many RPF soldiers had entered the country to find the bodies of their Tutsi families.

For those who liberated their country 26 years ago, the attitudes in the letters were reminiscent of those on display in 1994. The council had fixated on the civil war taking place simultaneously with the genocide of the Tutsi. But continually calling for a ceasefire, ambassador Kovanda told them, was like wanting Hitler to reach a ceasefire with the Jews.

The 1948 Genocide Convention provides a legal requirement to prevent and punish the crime and enshrines the “never again” promise. After the Holocaust there was a realisation that state-sanctioned racist policies against specific groups inevitably led to mass slaughter, the victims chosen purely because they were members of the target group.

No greater example exists of the discrepancy between promise and performance, between abiding by an international treaty and ignoring it. In three terrible months in Rwanda, more than one million people were murdered. That Britain and the United States continue to find it difficult to commemorate a clear case of genocide has inevitably led to speculation they find it difficult to acknowledge their own past error.

• Linda Melvern is a British investigative journalist. Her latest book is Intent to Deceive: Denying the Genocide of the Tutsi.

Source: First appeared in the Guardian on today.  Ends.