No matter how long it takes, Genocide victims will get justice 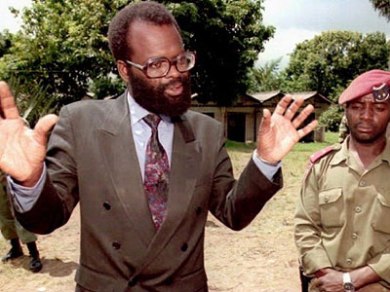 This is with reference to Felly Kimenyi’s column, “Time up for the unending French court drama on matters of Genocide”, in The New Times of September 19.

Lest anyone forget, the Bagosora-Sindikubwabo-Kambanda genocidal interim government was established at the residence of the then French Ambassador in Kigali (in 1994).

How can anybody, knowing this level of intimacy between the genocide linchpins and the French authorities expect justice from France as it concerns very close allies?

France’s close role in the 1994 Genocide against the Tutsi completely disqualifies Paris from dispensing justice on this issue, as well as pronouncing on anything related to any genocide, mass atrocities anywhere or the question of human rights. They are too complicit in the Genocide that anything they say on such issues comes out sounding as an obscenity.

They would be laughed at outright if they dared to assume the moral high ground in matters related to human rights were it not for the fact their fellow Westerners never criticise each others’ crimes against humanity and other mass atrocities in which they are complicit.

This, however, makes the rest of humanity see them all as the hypocrites they all are every time they lecture others on matters of human rights. Their silence on France’s role in the 1994 Genocide against the Tutsi – akin to the same country’s similarly culpable role in the Shoah (Holocaust) – fatally disqualifies them as lesson-givers.

A certain country doing this or that should not discourage witnesses of the 1994 Genocide against the Tutsi to continue denouncing and revealing the atrocities of the actors of the Genocide.

As a certain person I respect much usually says, “The truth should always be told, even when those against it may be many”.  It is the same reason why those who committed the Holocaust against the Jews are still hunted down to date.

If the world was fair with itself, the 1994 Genocide against the Tutsi would be a global affair.

We are all humans. If I do wrong my own brother should be the first one to denounce me if at all I don’t denounce myself for my own sake in particular and the community in general.

But some people prove to be harder than a rock to hide Genocide in their hearts for 20 years and still counting.