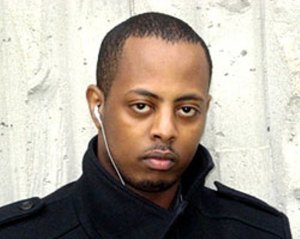 Kigali Friday 27/02/2014: A well-known Rwandan singer and a genocide survivor  Kizito Mihigo, has been sentenced to ten years in prison by a high court in Kigali for his alleged involvement in a conspiracy to murder government officials including President Paul Kagame.

Mihigo has been on trial for nearly a year along with three co-accused on charges including conspiracy to murder and complicity in a terrorist act. Mihigo was abducted for several days before the police officially recognize his detention.

This is a politically- motivated trial, said Emmanuel Rugira, a genocide survivor himself. Kizito was pressured to confess after being tortured in police custody, added  Rugira.  Other survivors, we contacted in Kigali could not comment as they fear for their life.

His co-accused who include Jean Paul Dukuzumuremyi was handed 30 years in prison.
The other accused Cassien Ntamuhanga, a journalist was sentenced to 25 years while the Agnes Niyibizi was acquitted. Kizito looked crestfallen after the ruling, observed Great lakes Voice, an online newspaper
Before his arrest in April last year, the singer had won millions of fans because of his songs concerning unity and reconciliation. He would also appear more often at state functions, singing the national anthem right in front of the head of state and other high ranking dignitaries.
A genocide survivor and a man with a strong church background, Mihigo, 33, commanded a huge following, young and old. The tribunal rules that Kizito committed all the charges through the instant messaging conversation he had on Skype and WhatsApp. Many Rwandans, however, remained skeptical of the entire trial. It is believed that Mihigo’s conviction is linked to his political views. End

Kizito Mihigo, Some questions that won’t go away

2 comments on “Rwanda: A genocide survivor, Kizito Mihigo sentenced to 10 years over ‘terrorism’”

In conversation with Kizito Mihigo, the gospel singer who died in a Rwandan jail

One Year On, No justice for Kizito Mihigo