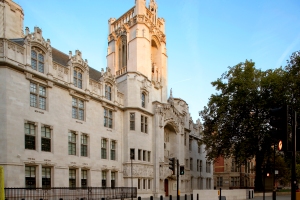 The Supreme Court of the UK on Wednesday overruled a plea by defence lawyers representing Genocide suspects to bar Rwanda from access to ‘certain witness’ testimonies or statements to the court.

A hearing to determine whether five Rwandans can be extradited to face charges over their role in the 1994 Genocide against the Tutsi began in March at Westminster Magistrates Court, following their re-arrest in May, last year.

But the defence team had objected to Kigali being privy to what some witnesses would testify.
Prosecutor-General Richard Muhumuza yesterday welcomed the news.

“The defence argument was previously defeated both in the UK Magistrate’s Court and the High Court. Had it been successful, it would have been an unprecedented move by a court of law to allow evidence to go unchallenged by one of the parties,” he said.

“It would essentially mean that the evidence adduced is taken as fact because Rwanda, the party that filed the extradition request, would not be given a chance to rebut whatever evidence is adduced by the witnesses concerned.”

Muhumuza added that the defence plea was against the “most basic tenets of justice, equality of arms and right to be heard before the law.”

The other two are the former head of the National Population Office, Dr Vincent Bajinya (who now goes by the name Dr Vincent Brown) and Celestin Mutabaruka, who headed Crete Zaire Nil project.

Apart from Mutabaruka, until now a pastor of a Pentecostal church in the South-East England county of Kent, the others evaded justice for years because of “loopholes in the British legal system” after their arrest in 2007 before being released two years later.

Previous refusals by the British legal system to send the suspects to Rwanda for trial were based on past similarly negative responses by the International Criminal Tribunal for Rwanda (ICTR) to send suspects to Rwanda.

Bajinya (aka Brown), Munyaneza, Ugirashebuja and Nteziryayo won a high court battle in 2008 against extradition. At the time, judges ruled that there was “a real risk they would suffer a flagrant denial of justice.”

This was reportedly the first time an English court had blocked an extradition request from a foreign government on the grounds that it would violate Article 6 of the European Convention on Human Rights, which safeguards the right to a fair trial.

Earlier, during trial, the Westminster court heard that Mutabaruka led Interahamwe militia, armed with spears and machetes, who hacked the Tutsi to death during the Genocide.

Statements from militiamen who teamed up with Mutabaruka and his men to kill have previously been heard in court. According to one such testimony, during an attack on a church, Mutabaruka instructed the militia to surround it so the Tutsi could not escape and helped kill 20,000 refugees.

Dr Bajinya [Brown] is reported to have been a member of the “inner circle” [Akazu] of then president Juvenal Habyarimana.