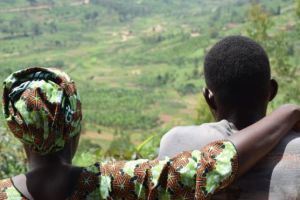 ‘My father, the rapist’: Hidden victims of Rwanda’s genocide

A 24-year-old Rwandan whose mother was raped in the genocide tells the BBC how he came to learn of the circumstances of his birth. “My son kept asking who his father was. But among 100 men or more who raped me, I could not tell the father.” Click here to […]

A Genocide survivor man was found dead yesterday in his native neighborhood of Nyamata, a dozen miles east of the capital Kigali. Police found his beheaded body lying on the ground, reported Rwanda’s local newspaper Igihe and umuseke. Family relatives believe the victim, Jean-Paul Mwiseneza, was assassinated in […]