Kizito Mihigo/ Photo internet Kigali Friday 27/02/2014: A well-known Rwandan singer and a genocide survivor  Kizito Mihigo, has been sentenced to ten years in prison by a high court in Kigali for his alleged involvement in a conspiracy to murder government officials including President Paul Kagame. Mihigo has […]

The 2015 human rights’ world report indicates that Rwanda continues to target anyone suspected to have any link with opponents. Genocide survivors were not spared too. Many young survivors have been killed or detained in secret detentions centers. Those include but not limited to Ingabire Charles, a young […]

Rwanda:#Two Genocide Survivors Killed in less than a week #IBUKA calls for justice

Rwanda’s Genocide Survivors umbrella organisation, IBUKA is concerned about the Two Genocide Survivors killed in Rulindo District of the Northern Province which shows people living with Genocide ideology are still present in Rwanda, IBUKA says. The Killings happen at the time Rwanda is preparing to commemorate the 21st […] 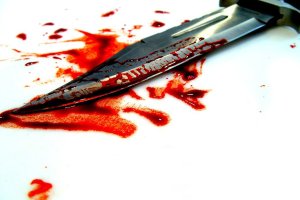 A Genocide Widow Killed as she Seeks Compensation

According to the Rwandan daily newspaper IzubaRirashe.[1]MukamuraraSpeciose, a 52-year-old genocide survivor, was found dead on February 3, 2014, in her house located in the Rulindo district in the northern province of Rwanda. Jurithe Mujijima is the Executive Secretary of the sector of Cyinzuzi where she lived. He said Mukamunana […]