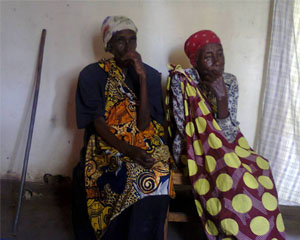 From The Rwanda Focus newspaper: http://focus.rw/wp/2013/06/ibuka-calls-for-reparation-fund-to-genocide-survivors/

“Assistance and reparation are totally different. People don’t need to confuse these two terms and think genocide survivors are refunded”, Nkuranga said. “We thank the government for what it does to help survivors through various initiatives but still what it does is a moral obligation which has nothing to do with reparation as people may think.”

As for Jacqueline Kanyamugenge, a Member of Parliament from Human Rights Commission, the government supports the reparation fund and promised that the law regarding the practicality of this is to be released very sooner.

She said she is happy because basing on the discussion outcome, people now understand the importance of the establishment of a reparation fund comparing to the previous understanding.

She promised more advocacy for quick establishment of the fund.

This Article First Appeared in the Rwanda Focus here http://focus.rw/wp/2013/06/ibuka-calls-for-reparation-fund-to-genocide-survivors/