Last Sunday, President Barack Obama marked the 19th anniversary of the genocide in Rwanda. The President stated that the United States, “grieves with the Rwandan people” who survived the killings.
“Nineteen years ago, Rwanda was torn apart by a great evil,” Mr. Obama said in a statement. “Today, we stand with the people of Rwanda to commemorate the Rwandan genocide.” 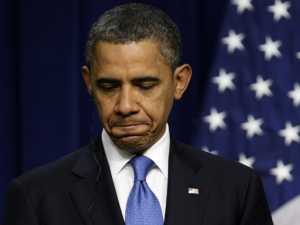 More than 800,000 men, women and children are estimated to have been killed in a wave of violence that began when members of the Hutu majority began slaughtering Tutsis in April 1994. The violence lasted about 100 days.
The United Nations later concluded that the international community had failed Rwanda.
The President said that Americans are “inspired” by the spirit “ of the Rwandan people, “as they build a more peaceful and prosperous tomorrow.”
“We look with you to the future and renew our commitment to human rights and the rule of law, to the protection of the vulnerable, and to the prevention of atrocities so that such evil is never repeated. We honor the victims, and we express our solidarity with the survivors, ” The President said.
President Obama’s statement at the 19th commemoration of the 1994 genocide against Tutsi is ultimately commendable and reassuring to many survivors. As we have always stressed, we believe that one of the best ways to honor the victims and express solidarity with the survivors in Rwanda is through supporting the campaign to establish the International Trust Fund for Survivors, which aims to provide reparations to over 309,000 survivors in Rwanda, who still face the adverse effects of genocide.