The dilemma of children born of rape in the 1994 Genocide 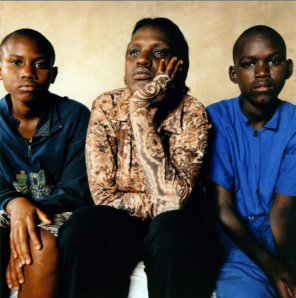 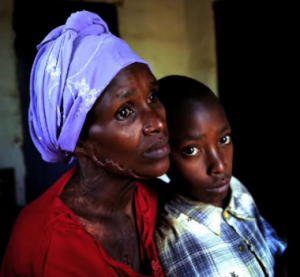 An estimated 20,000 children were born of rapes committed during the 1994 genocide aganist Tutsi in Rwanda.

About 800 women, mostly single mothers, who were raped during the 1994 Genocide against the Tutsi and conceived through the ordeal, have appealed for support to raise the children who are now in their late teens.

According to available figures from NGOs working with the women, they are currently supporting 816 children born through rape.

The children, according to their mothers, are not recognized by the Fund for Support to Genocide Survivors (FARG), which the latter’s managers confirmed.

Article 1 of the law establishing the fund reads that it concerns “support and assistance to the survivors of the Genocide against the Tutsi committed between 1st October 1990 and December 31st, 1994,” yet most –if not all—of these children were born after this date.

The women appeal to the government to have a specific framework to help them and their children if their integration into FARG is impossible.

In Kibirizi Sector of Gisagara District, Southern Province, Kantengwa (not real name), 42, was raped and gave birth to a girl.

She found it unbearable to remain in her ancestral home after the Genocide because it is near relatives of the person who raped her.

“Even when I visit the area, I get traumatised, because my rapist’s family members hate me and always threaten to beat me up and my daughter whom they say brings shame to their family,” she lamented.

Thus, Kantengwa and her family live in Kibirizi town at the mercy of well wishers.

Like Kantengwa, there are other victims of rape who are still sheltered by their relatives. They live with their children and other children they later got out of wedlock because they have failed to get married because of the stigma that came with the rape.

“We end up with more illegitimate children,” one of the women said in an interview.

Since parents do not have enough to help their children, sometimes the latter end up abandoning school and end up in juvenile delinquency.

“Recently, I withdrew my twins from an orphanage; I had taken them there, not because I hate them, but because I had no food to feed them,” disclosed 37-year Nyirakamana (not real name), a mother of seven from Mukura Sector, Huye District.

She said she was raped by an ex-FAR soldier who fled with her to Tanzania where they got three children, including the twins.

She would later escape from this bondage and return to Rwanda where she raised her children alone until she got married to another man in the 2000s.

Some single mothers said the people who raped them have since been convicted of Genocide and crimes against humanity including rape, which under the Gacaca judicial system, qualified them for a life sentence.

Others are still on the run, while others have died.

Apart from this conflict, families; both maternal and paternal, do not want to accept these children.

Some victims of rape can today speak out their hearts, thanks to efforts by some activists.

Rwanda Foundation was founded by an American photographer who learned about the problem while on an assignment in 2007. He set up a fund to provide counseling to the ladies, most of whom are in their forties. This counseling is either carried out in groups or individually, depending on the state of the victim.

So far, only 40 out of 800 ladies have graduated from the counseling process, but some seem to be ahead of others, depending on how they handled the aftermath of the Genocide.

Emmilienne Kambibi, a counselor with Rwanda Foundation, Kigali chapter, which operates under Survivors’ Fund of Rwanda (SURF), told this newspaper that it took almost two years to have the women accept to share their ordeals, which kick-started the healing process, leading to a degree of acceptance of the children.

“After explaining to them what they were worth, that their children had nothing to do with what the Interahamwe militia had done, and informing them of their children’s rights, they came around,” she said.

With a budget of Rwf100 million, Samuel Munderere, the national coordinator of Foundation Rwanda, said they manage to pay school fees for the children currently totaling 816 Countrywide. He, however, added that the funds were not enough.

In Kibirizi, 18 students are in school, where four of them will complete secondary school this year.

Their mothers also have created an association of 22 members and grow maize on a 3-hectare piece of land that was given to them by the district.

When contacted, the Executive Secretary of FARG, Theophile Ruberangeyo, said that they intend to allocate at least Rwf60 million towards the assistance of women in this category in the upcoming fiscal year.

Ruberangeyo, however, could not confirm if the number of the children in this predicament in the country is indeed more than 800.

A Bill governing FARG was tabled in Parliament last month for a review that would include accommodating the children.

In an interview, the State Minister in charge of social affairs, Dr. Alivera Mukabaramba, told The New Times that “the new Bill sets clear all the articles; even the single mothers who were victims of rape will find satisfaction”.

“These children will also be catered for by other general support mechanisms to needy Rwandans provided by the Ministry of Local Government and Social Affairs,” she said.