RWANDA/GENOCIDE – LIVING WITH, BUT NOT FORGIVING KILLERS

“I don’t have to forgive people who never showed any love or respect for the lives of my loved ones, nor any sign of repentance. But I have to live with them, because I don’t have a choice.”  Marie G., a survivor of the Rwandan genocide, is known […]

New York: Symposium on Post-Genocide Justice and Reconciliation in Rwanda

In a Symposium co-organized by the Permanent Mission of Rwanda and the Department of Public Information (DPI) at the UN headquarter in New York last week, Ms, Jacqueline Murekatete,  a NY attorney, human rights activist and survivor of the Rwanda genocide discusses the achievements as well as significant […]

UK MP Lefroy: Survivors have a need not just for food but for justice

Photo: UK MP Jeremy Lefroy Jeremy Lefroy, MP for Stafford, calls to remember survivors and highlights the importance of reparation and justice in yesterday’s UK Parliamentary backbench business debate, agreeing on a motion related to the 20th anniversary of the Rwandan genocide. The full debate can be read […]

The faithful attend a service at St. Michel church. The Church is accused of not doing enough in reconciliation efforts. File. The attitude of the Roman Catholic Church throughout the country’s dark history that led to the 1994 Genocide against the Tutsi, and its role in helping to […]

Photo SURF/David Russell,  in middle.In the UK, at a meeting at London’s King’s College, David Russell of the UK charity SURF (Survivors Fund) launched an appeal to the international community to support reparations for survivors of the genocide. He described how more than 300,000 survivors still face severe […] 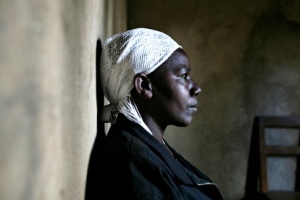 The Guardian: why the Rwanda genocide victims are not paid compensation

Gerorina Nyirandutiye, survivor of the Rwandan genocide, sits on a bench at her house in Nyamigina village, Rwanda. Photograph: Jose Cendon The severity and pace at which the Rwandan genocide unfolded begs many questions. How does a country begin to recover after such an event? Yet Rwanda serves […] 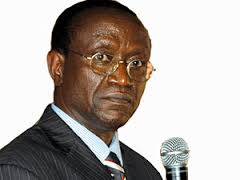 The Case Senator Nzirasanaho: A story of violence, intimidation and witness harassment

The case against first category genocide suspect Senator Nzirasanaho, is currently about to be closed before the higher instance court of Nyarugenge in Kigali.  This 20 year-old case has been one of the longest and obviously extremely dangerous dossier for several witnesses and survivors involved in the case. […]

Rwanda: No genuine Reconciliation without reparation

Photo/insightonconflict.com An expert in  peace building and reconciliation in post-conflict Rwanda, Guinea Bissau, Burundi and Timor-Leste   Jean-Paul Mugiraneza,  discusses why the victims of the Tutsi Genocide  are still struggling to receive financial compensation for their physical and material loss 20 years on, and asks,  can there […] 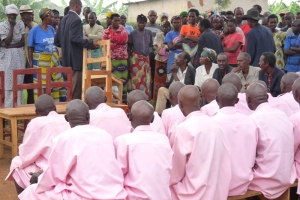 Genocide inmates Gacaca Photo/Internet As we approach the 20th anniversary of the Rwanda genocide against the Tutsi in April 2014 questions about justice and reconciliation become ever more relevant. Rwanda’s restorative justice process enacted by gacaca (community courts) sentenced thousands of perpetrators of genocide to pay their victims […] 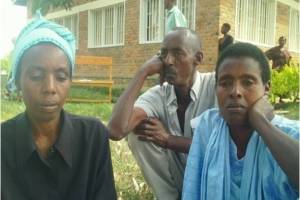 Reflection on “I have a dream” speech 50 -year-anniversary

Genocide widows concerned over post-gacaca compensation After the gacaca courts were officially closed last year, Genocide widows have expressed concerns over the challenges they are facing in re­ceiving compensation form seized properties of convicts. This ruling was to be implemented after the official closing of the courts. Last […]