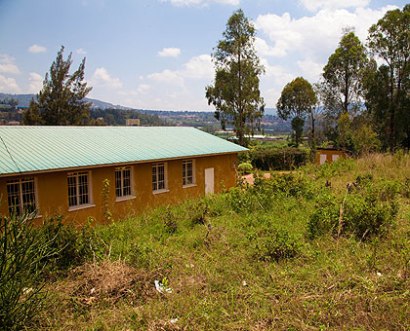 The cases, among others, involve property that was awarded to survivors through Gacaca courts, and young survivors, whose inherited property was either misused or grabbed by former guardians.

In some cases, government is said to have encroached on survivors’ property in the process to provide infrastructures such as roads.

According to the inquiry report, the taskforce, during a countrywide tour earlier in the year, identified 1,200 cases. Out of these, the team was able to settle 300 and made recommendations on how the other 900 would be addressed.

Despite the recommendations, however, there has been little progress to solve the pending cases and even executing the decisions made with regard to the mitigated cases.

The task to follow up on these cases had principally been assigned to districts.

“Our immediate task is to reach out to the districts to see which ones still have a problem so that we can support them. What is however certain is that progress has really been slow, almost four months after we submitted our report,” Kanzayire told The New Times, without divulging how many decisions had been enforced so far.

She said that in mid August, they are expecting progress reports from the districts, after which they would determine the way forward.

The Prime Minister asked that these issues must be settled by November this year and urged collaboration amongst all actors, including the taskforce, local leaders and the citizenry to ensure the exercise is conducted openly and smoothly, according to Kanzayire.

In Nyamagabe, one of the districts with many cases (74), Emile Byiringiro, the vice mayor in charge of social affairs said that so far, 32 cases had been resolved, but not all of the decisions had been enforced.

“For us, when a conclusion is drawn on a particular case, we consider it solved. Enforcement is another issue which we will deal with in the not-so-distant future,” he told The New Times.

Disputes surrounding Genocide survivors’ properties became a national concern after complaints involving young survivors accumulated, since these orphans increasingly attaining majority age and failed to recover what was left behind by their parents.

The inquiry highlighted several examples of property wrangles that emerged after affected orphans sought to reclaim what rightly belonged to them.

One such case was recorded in Rugando sector, Gasabo District in Kigali, where a 10-hectare piece land, which belonged to a Genocide orphan, Josianne Uwonkunda, now 23,  was split into several plots by her aunt.

These pieces of land were subsequently sold to several developers and family owners, most of them oblivion to the truth about their ownership.

Uwonkunda, who was only three years old during the Genocide, is the only survivor in a family of nine.

She was brought up by her grandmother in Kamonyi District in Southern Province.

In the aftermath of the Genocide, her paternal aunt, Anne Marie Mukaperezida, allegedly grabbed the land in question and proceeded to subdivide it into smaller plots before she sold them to different people.

She did not tell the child that there was property left behind by her parents, the taskforce said in its report.

It was not until 2010 that Uwonkunda learnt about the land, which is  strategically located, and could be worth tens, if not hundreds, of millions at the current market price.

Uwonkunda, according to the inquiry, only started to know about this land when a city judge who had previously bought a part of it sold his piece of land.

She increasingly collected more and more information from neighbours.

Subsequently Uwonkunda started seeking justice from the grassroots, until she took her case up to the City of Kigali and later the Office of the Ombudsman. Gasabo District later offered to give her another piece of land in exchange for what she lost.

She agreed to the solution in principle.

The taskforce helped mediate between Uwonkunda and some of the settlers, with one man paying her Rwf5 million.

But some of the owners are adamant.