On December 10, the UN Headquarter in New York hosted the commemorative event of the 20 year anniversary of the United Nations International Criminal Tribunal for Rwanda. This event is organized on the occasion of the thirteenth session of the Assembly of States Parties to the Rome Statute of […]

JUSTICE FOR GENOCIDE: HISTORIC DECISIONS OF THE ICTR

After 20 years, the International Criminal Tribunal for Rwanda (ICTR) is due to close its doors on December 31. Below are some of its landmark decisions. •         September 2, 1998: first ICTR judgment This was the first judgment handed down by the ICTR, but also the first for […]

Minister Kaboneka responds to queries from senators at Parliament yesterday. (Timothy Kisambira) Two decades later, genocide orphans are still facing several difficulties to recover the assets left by their parents killed in the 1994 genocide against the Tutsi. The only survivor of his family, Karekezi learned that his […]

one unfinished business as ICTR closes down

The International Criminal Tribunal for Rwanda (ICTR) this week celebrated 20 years since its establishment by the UN Security Council. From the onset, the $100 million-per year tribunal was beset by problems: incompetence, lack of understanding of the Rwandan context and a large number of uneducated witnesses who […]

UK supreme court The Supreme Court of the UK on Wednesday overruled a plea by defence lawyers representing Genocide suspects to bar Rwanda from access to ‘certain witness’ testimonies or statements to the court. A hearing to determine whether five Rwandans can be extradited to face charges over […] 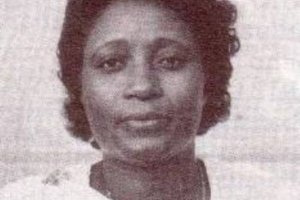