HRW:Gacaca did not deliver on its promises of reparations for genocide survivors

The Guardian: why the Rwanda genocide victims are not paid compensation

Gerorina Nyirandutiye, survivor of the Rwandan genocide, sits on a bench at her house in Nyamigina village, Rwanda. Photograph: Jose Cendon The severity and pace at which the Rwandan genocide unfolded begs many questions. How does a country begin to recover after such an event? Yet Rwanda serves […]

TRANSFERRED GENOCIDE SUSPECTS SAY THEY DON’T UNDERSTAND THEIR OWN LANGUAGE

Top-bottom: Bernard Munyagishari  and Leon Mugesera Arusha, October 10, 2013 (FH) –  Ever since being transferred to Rwanda in July by the International Criminal Tribunal for Rwanda (ICTR), former militiaman Bernard Munyagishari has been fighting to have his genocide trial conducted in French, rather than the Rwandan language […] 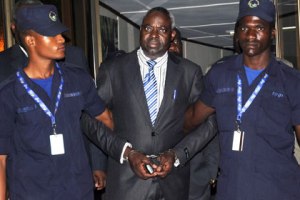 Arusha July 24, 2013 (FH) – The International Criminal Tribunal for Rwanda (ICTR) on Wednesday handed over a second accused to the Rwandan authorities, in line with a transfer decision by the Court. “The plane carrying him has landed, and Munyagishari has disembarked,” spokesman for the Kigali Attorney […]